9 Movies Every Entrepreneur Must Watch

Every time Hollywood makes a movie based on business there is a strong overtone that suggests a conglomeration of ego, attitude, vile cunningness and all sorts of negative aspects which over the years have become symbolic of the corporate culture. These movies have also fueled the general hatred towards corporates that world has held for decades. That and the many near war crimes that some companies have committed. Today it seems that corporates have been actually trying to get that image out of people’s mindset by being responsible, charitable and not to mention ‘relatable’ if that was ever possible. So, for aspiring entrepreneurs who want to take the right step and ‘do the right thing,’ here are a few Hollywood classics that have some great lessons you could learn. From what to do and what not to do and I don’t believe I did that! these movies have poetically conveyed some rules of business that you should never forget. 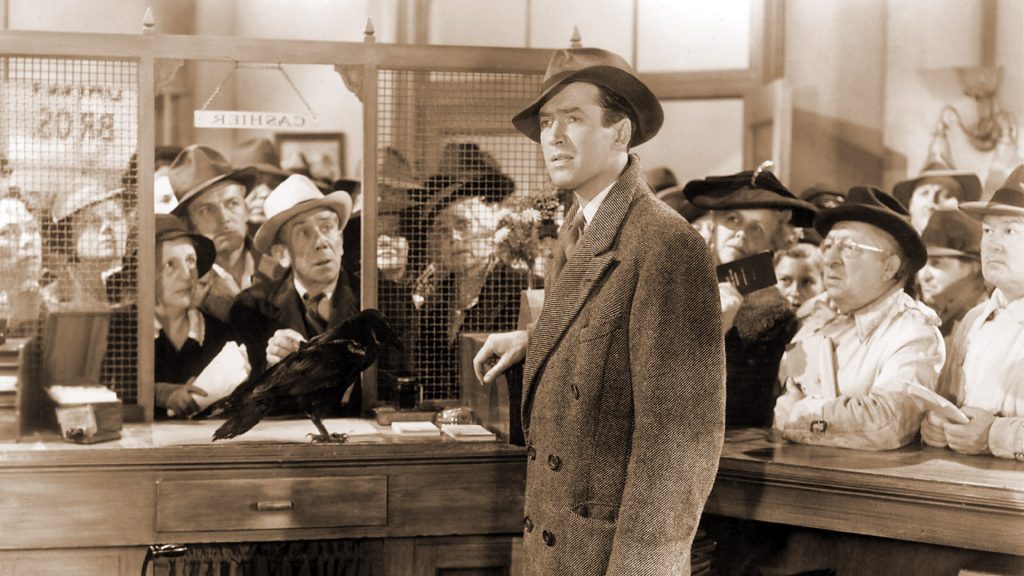 An all-time classic, It’s a Wonderful Life explores the life of a man who lives by principles his father instilled in him through a bank he ran. Much like his father, the protagonist George Bailey goes to the greatest depths to help the people in his town and sacrifices his own personal ambitions and that of his wife in doing so. This movie is truly a testament to the simplicity of life and what joy and sorrow mean to people and the extents to which some might go to exploit that. This is a piece of art that serves as a lesson in humility, humbleness and most of all selflessness. These qualities are vital for entrepreneurs, particularly in the finance and infrastructure rackets. 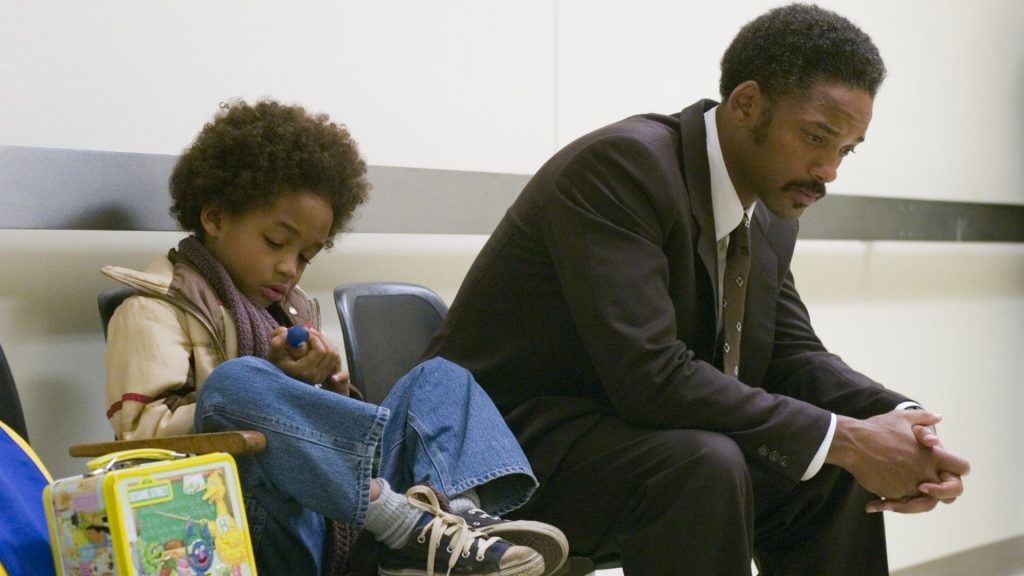 2. This Part of My Life….This Little Part is Called Happiness – The Pursuit of Happyness

Based on the real-life struggles of American Stockbroker, Christopher Gardner, The Pursuit of Happyness is a tale of endurance and perseverance. At the lowest point in his life with not even a roof over his head, turned a depressingly desperate situation into an opportunity and rose above all the burdens he had through good old-fashioned human spirit and elbow grease. This is a good movie for both aspiring as well as established entrepreneurs. This serves as a lesson for us to hold on no matter what, and to never forget where we come from. 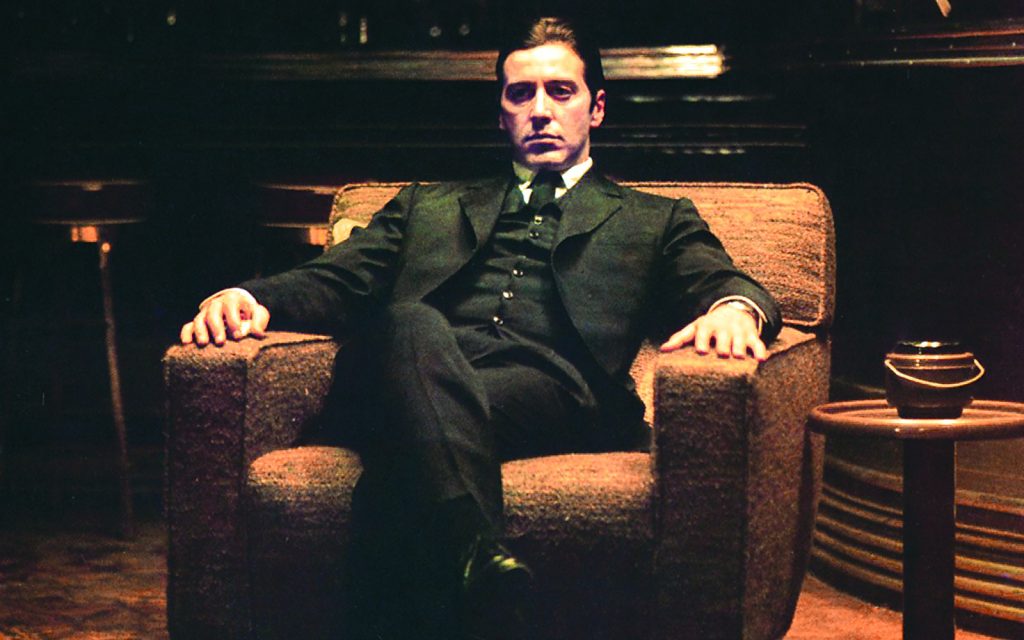 3. Don’t Ever take Sides against the Family – The Godfather

A cult classic that kicked off the careers of some of the greatest actors of all time, The Godfather is a lesson in integrity and honor. In the business world, these words often hold very less value. Yet, in this Francis Ford Coppola rendition of a Mafia story, filled with crime, violence, and decadence, integrity, honor, and respect play the lead role. This does not mean that all you entrepreneurs can go on out there starting your own gangs and start turf wars. As a matter of fact just to be on the safer side…(Note- Goodworklabs does not promote or endorse any form of organized crime in any form or manner.) 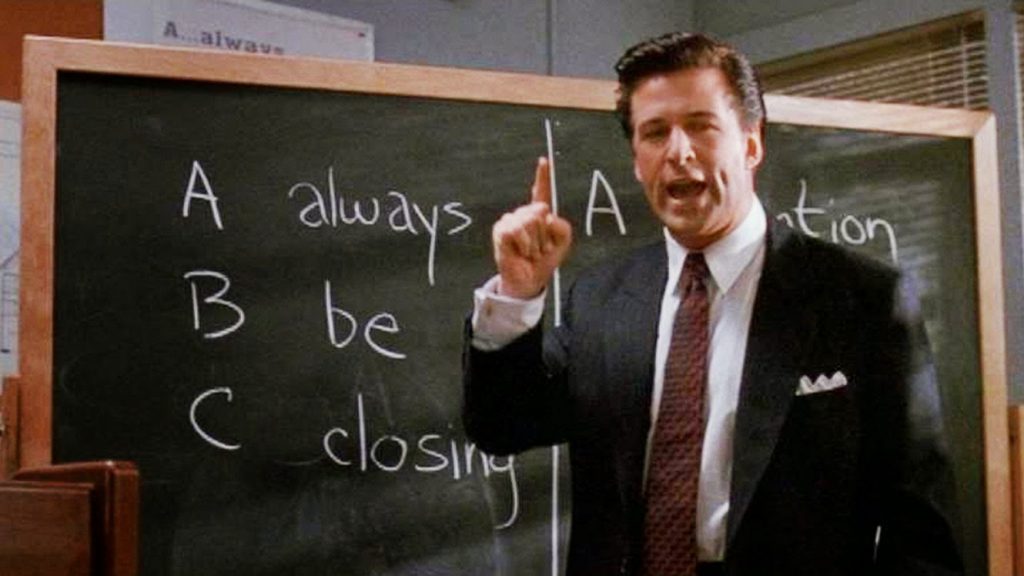 Possibly one of the most exhilarating business movies of all time, Glengarry Glen Ross portrays the aggressive and deceitful nature of a business environment and its ability to corrupt without exception. With a star-studded cast, this movie about the overnight happenings of a real estate firm truly captures the essence of the rat race that is the realty industry. Starting with an affirming de-motivational speech meant for motivation from Alec Baldwin, the movie justly ends with a stirring reality check by Al Pacino in a manner in which only he can do. Motivating your team to achieve better goals is one thing, but pitting them against each other in a gladiatorial contest to increase their sales by the end of the month is surely a recipe for disaster. For all ambitious entrepreneurs out there who want to become the next Bill Gates, and are looking to do so fast, this movie is a good reminder of why there are only a handful of people like him. 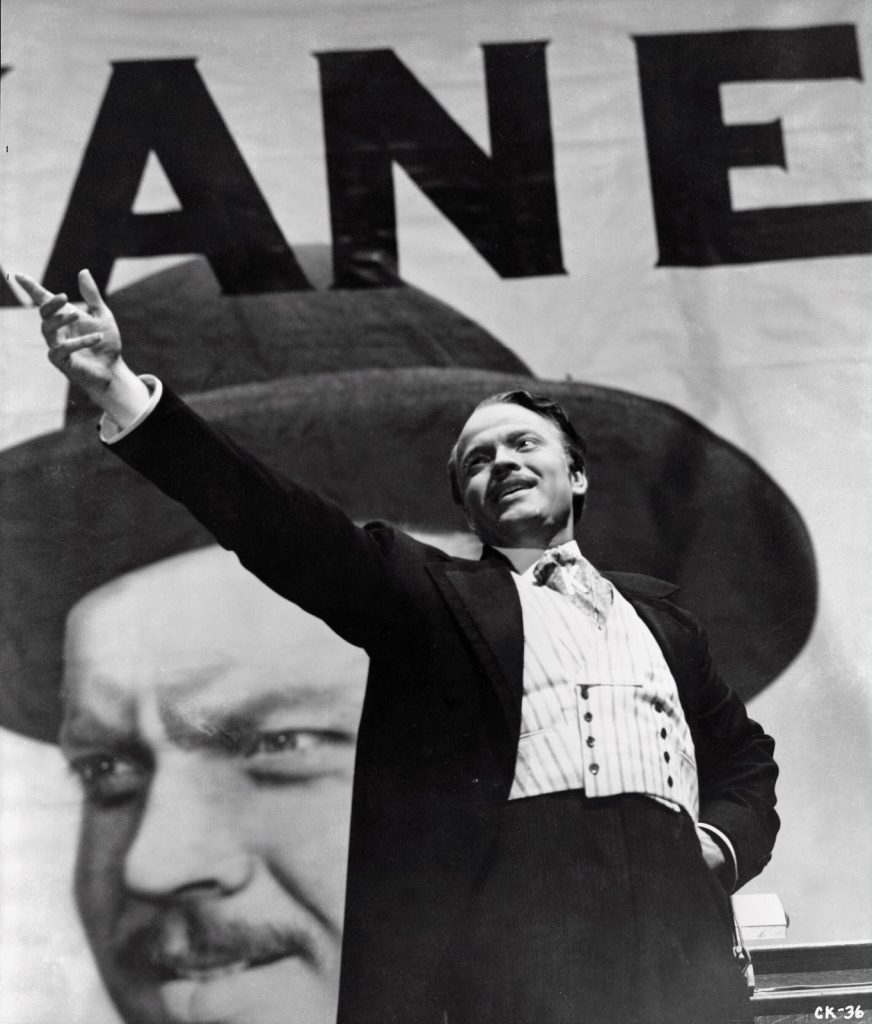 5. If I was not rich, I would have been a Gentleman – Citizen Kane

A true masterpiece from the golden age of Hollywood, Citizen Kane is an apt portrayal of how even a person with the noblest of intentions can be turned into a power-mongering testament of human failure fueled by greed. This is a story of a newspaper owner who starts out with great intentions for the public and slowly evolves into the very thing he was fighting all his life. Orson Welles in his quintessential best portrays the slow degradation of human integrity and morality when money and power come into the equation. Citizen Kane is often cited by many critics and fans alike as the greatest movie of all time. 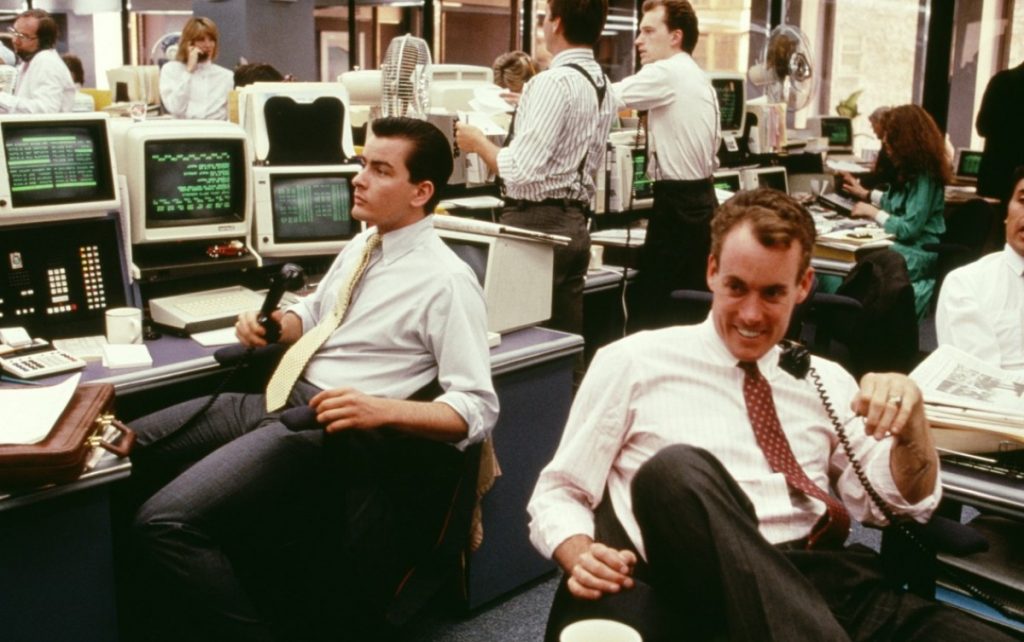 One of the most underrated movies of the 80s, Michael Douglas’ Wall Street is an in-depth portrayal of all the morally, ethically and humanely questionable things that go on inside the concrete money-making machine in New York. 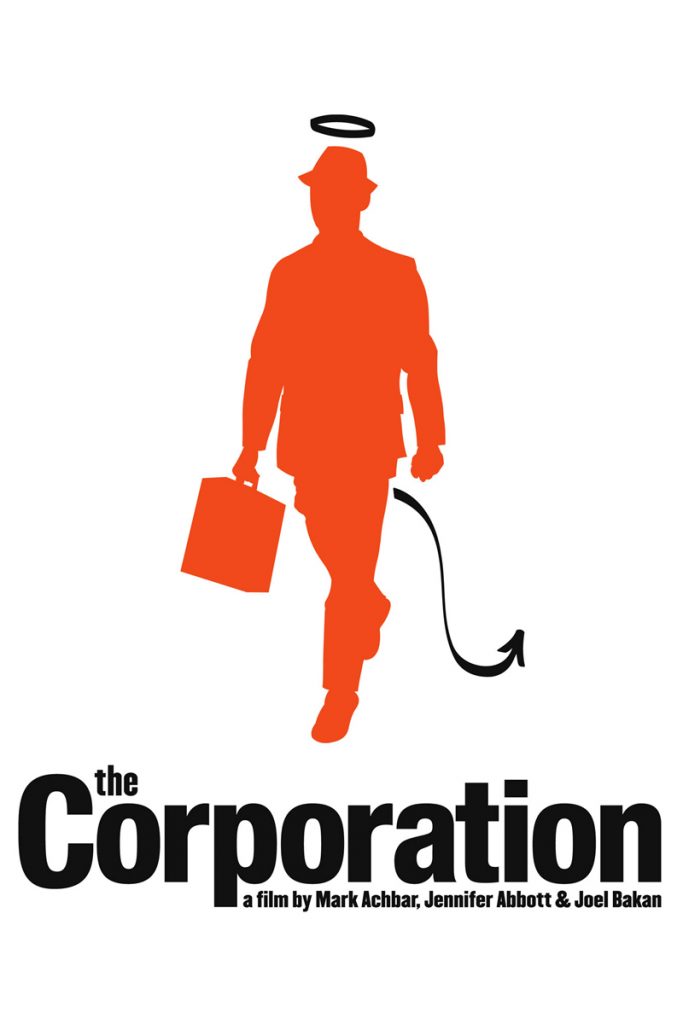 7. Corporations Seduce us with beguiling illusions, Designed to divert our minds and manufacture our consent – The Corporation

A documentary, featuring some of the greatest political and social commentators including Noam Chomsky, The Corporation deals with some of the longest standing arguments surrounding the corporate establishment. With a seemingly unbiased tone, this documentary manages to explore the ‘corporate dogma’ in general through its own history. 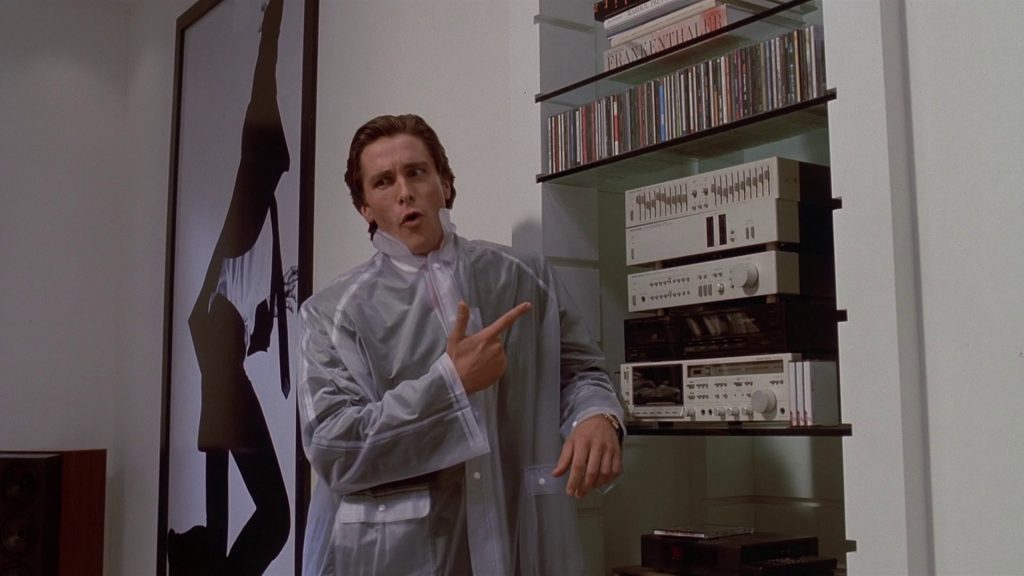 8. Do you like Huey Lewis and the News – American Psycho

Based on the book of the same name by Bret Easton Ellis, American Psycho is the story of Patrick Bateman a Schizophrenic Wall Street executive who is always at war with himself over the very establishment he represents as well as his insane cravings. This movie explores the yuppie culture that was synonymous with corporate in an exaggerated version of their obliviousness to all things around them. 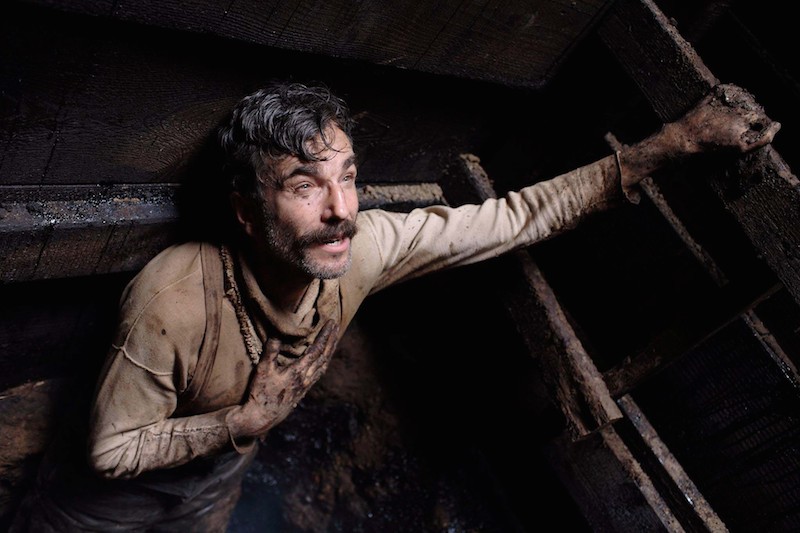 9. I have a competition in me – There will be blood

Perhaps a punctuation to the competitive nature of entrepreneurship, There will be blood is a movie about the Southern California Oil Boom. This story follows Daniel Plainview played by Daniel Day-Lewis who is in a ruthless pursuit of great wealth which consumes his entire life and being.

These are movies that have aptly portrayed the many facets of the business world and the people that are involved with it. No matter who you are, an entrepreneur, an engineer, an elephant or an effigy, these are movies that everyone must watch at least once. 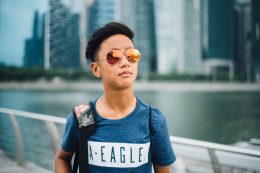 The Journey from a Wannapreneur to an Entrepreneur 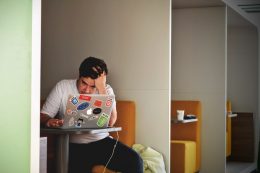 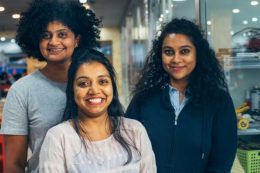 How to Survive as a Hardware Tech Startup