What Entrepreneurs Can Learn From Elon Musk

The founder of Paypal, Elon Musk has gone through tremendous success and horrible failures in his journey so far. Today, he stands at a juncture where he is changing how we perceive energy, and at the same time, he is giving us hope that someday soon we will be capable of space travel like never before. 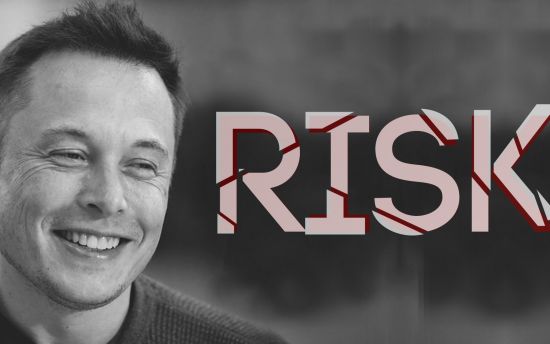 If you read his story from the beginning, there is a lot to learnt from him.

Seems like a Hollywood movie on some rich and bad-ass guy, doesn’t it?

It is simply put Elon Musk’s life from which we can learn a lot of things like:

Listen to your instincts

His decision to leave Stanford University might have been viewed by many as a crazy act but Musk followed his instincts. Listening to one’s instincts is natural to everyone but we usually tend to curb down our natural thoughts owing to external response and stimuli.

Whenever you decide to start something new, focus on the difference that your product can make to humanity. Money is a by-product and will come to you if you or your product can solve and help people with problems.

Always consider failure an option and plan ahead

When Musk started SpaceX, he considered failure as a viable option on his new journey towards interplanetary exploration. However, instead of giving it up, he created a contingency plan and went ahead with the SpaceX Project.

Before Tesla Energy came into existence, people were convinced that battery packs would continue to be expensive, no matter what. Musk innovated by breaking down batteries into its fundamental components: aluminum, cobalt, carbon, nickel, polymers, steel etc. He built them from scratch by optimizing the resources. There was a huge reduction in the overall margin the of the total cost involved.

Know what motivates you

Keeping your eye on the ball is key. After moving on from Paypal, he was concerned with what problems could affect humanity in the future and he decided to focus on them, instead of just making a lot of money.

Elon Musk doesn’t come up with ideas that are easily achieved. I mean, starting your own space program for interplanetary travel sounds like a ludicrous idea, yet this man pulls it off and gets a $1.6 billion contract from NASA. If you want to get people invested in your idea and keep their attention on it, your idea needs to be very ambitious and worth their time.

Improve the Product, not the marketing

The bigger a company gets, the more it spends on marketing, and in some cases, their marketing budgets surpass the budget of any other aspect of their business. This means that you are investing more into improving promotion than in improving the quality of your product.

Be Comfortable with Change

You never know which challenges are going to arise. Successful leaders are able to adapt in any situation and continue pushing forward towards their team’s goals. Whatever comes their way, they understand how to enable their teams to leverage their strengths to find solutions and innovate.

To develop his electric car company known as Tesla, Elon Musk borrowed heavily from the U.S. government. The company has become a huge success and is selling thousands of units. After making a good revenue, Elon paid back his $400 million loan. He said that he was grateful to the Department of Energy and all stakeholders who loaned him the money.

What scares you most about failure? Often your idea of your worst-case scenario is what prevents you from truly succeeding. You think that it will be so bad that it’s not even worth taking the risk.

Elon Musk embraced his worst-case scenario early on in his entrepreneurial days. He forced himself to live off of $1 per day. By experimenting what it felt like to be poor and realizing he could handle it, he knew that money wouldn’t be an issue.

Don’t Rest on Your Laurels

There’s nothing wrong with taking some time to celebrate and enjoy your successes. But don’t take too long—always be looking to improve.

The real life Tony Stark is constantly striving to make the future better for his fellow humans, and that is the biggest lesson he teaches us all that we can imbibe ourselves with.